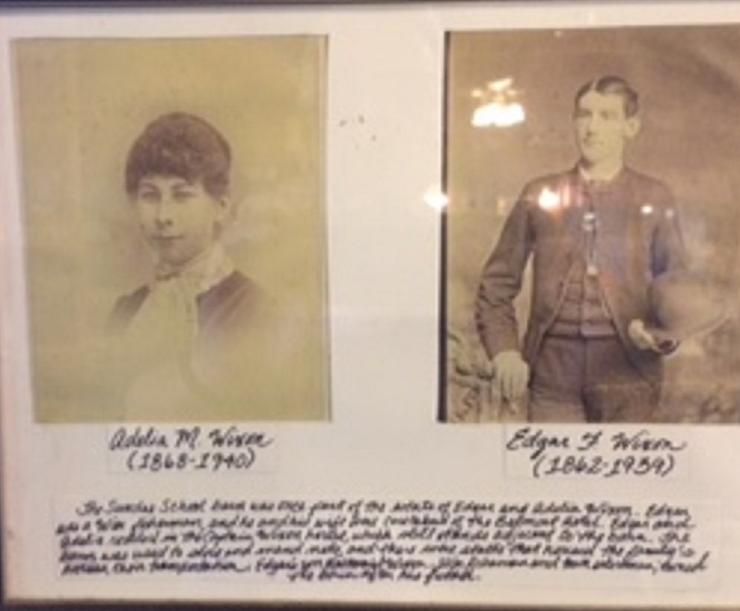 Below are are some original pictures of the Belmont as it was being built in 1980 and beyond. We are lucky to have one of the original contractors that built the property, doing work on a unit here now and he shared these photographs with us.

The hotel Belmont was built in 1894 on 22 acres between the mouth of Herring River and the Dennis / Harwich town line. In its heyday, the lobby boasted Cape Cod's first stock market ticker tape machine, and the elegant wooden resort was often called the "Summer Wall Street". The Belmont had a major fire in 1974 and was demolished in 1977

Below are actual original postcards of the Hotel Belmont in all its magnificent splendor. As you scroll through them, you'll notice that some of the postcards have been scanned front and back; providing a glimpse into history. Take notice of the Post Marks as some date back to 1915!

Documents contained on this website may not be reproduced, copied, disseminated or placed on any other website without the express written permission of the Belmont Board of Trustees or Management 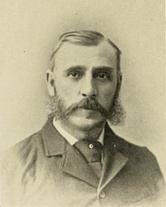 
The time around the turn of the 20th century was a fork in the road for the evolution of Cape Cod. Up until that time the majority of the economy of the Cape was through the fishing and whaling industries. It was during the last few decades of the 19th century that the idea of Cape Cod as a summer vacation destination began to take shape. As the Cape grew in popularity a string of lavish beautiful resorts began to spring up all over the peninsula. During this time the Mid-Cape area was devoid of a resort, however that would change thanks to the vision of a Civil War veteran and magazine entrepreneur.

Benjamin Johnson came to Cape Cod in the early 1890’s from South Reading, Massachusetts. Johnson had fought for the Union during the Civil War in the Navy before finding another calling. In 1877 Johnson created the New England Grocer magazine which would run weekly. He would purchase another magazine New England Druggist in 1891. New England Grocer would in time become the largest and most respected grocery trade journal in the United States. Johnson was a pioneer in the industry. That pioneer spirit led him to take another risk.

In 1894 Johnson partnered with friend Caleb Chase, a West Harwich resident, to find a sport to build the summer resort the Mid-Cape needed to keep up with the blossoming tourism industry. They found such a location at the mouth of the Herring River on the Harwich-Dennis town line. The twenty-two acre lot was a perfect place. It had the pristine beachfront property on the calmer Nantucket Sound, while also being centrally located near the centers of business and close enough for an easy trip from the railroad station.

A portrait photo of Benjamin Johnson from the 1893 World’s Fair, courtesy of Umass-Amherst Library.

Construction was quick and painless. The new venture, named Hotel Belmont, was ready for business on July 4, 1894. It was a three and a half story rectangular shaped wooden structure capable of comfortably housing 200-225 guests at a time. The resort would offer such amenities as horseback riding, bowling, fishing, and of course bathing in the beach only a short walk away. There would be concerts and dances in a casino ballroom and dinners with a live orchestra. One first which came from Hotel Belmont was a stock market ticker-tape machine in the lobby, nothing like it had been seen on Cape Cod previously. This item would earn the Belmont the nickname of ‘Summer Wall Street.’

The seasonal resort was so successful from the start that Johnson was almost immediately looking for ways to enlarge it. Those would have to wait. In the meantime the scenery surrounding Hotel Belmont got more picturesque with the addition of Chatham’s Kendrick Windmill which was moved across the river from the resort at Old Mill Point in 1895, it still stands there today.

After 1908, the fourteenth successful season, Benjamin Johnson pitched big plans to add forty new rooms to Hotel Belmont. Again the plans would have to wait. However the wait was much shorter as in December 1912 a new three-story cottage and enlarged garage were added to the property. By this time the summer tourism industry was growing through the rise of the automobile and tourists were bringing their vehicles to the area to go sightseeing.

Johnson would buy out his partners and take full control of Hotel Belmont in 1916. He would continue to run the property the same, although he did sell items such as all of the carriages which picked people up from the train station as they were becoming obsolete. His reign as sole owner would be short-lived. In April 1917 Johnson died at age seventy-four, leaving control of the resort to his wife and his son Benjamin Jr. Sadly Benjamin Jr. would die two years later at 36 while Johnson’s wife would pass in 1927.

The resort would be run by Johnson’s daughter Susan Ulm until her death in 1941 after which it was run by a trusteeship until 1958 when it was bought by longtime guests Edmund Taylor and Robert Baldwin. It was around this time that Hotel Belmont, an icon of its time, would become regarded as the ‘Aristocrat of Cape Cod Hotels.’

Despite its run of success there was one thing Hotel Belmont could not overcome and that was fire. On November 3, 1974 Harwich Fire Department responded to a small grass fire on the property at the Belmont around 9:45pm. It was quickly extinguished. However less than an hour later they were called back, this time for a much larger structural fire. It was naturally seen as very suspicious and though the property was ultimately saved that night it was never to be reopened. There were tentative plans in 1976 to restore Hotel Belmont but they never were fulfilled and the legendary resort was torn down in 1977. Ironically fire nearly took the resort down decades before. In November 1931 fire destroyed Ms. Elizabeth Heggarty’s boarding house nearby, at that time firefighters were able to keep the flames from the resort.

Three years after its demolition The Belmont would be rebuilt as a group of luxury condos. They still stand today overlooking Nantucket Sound much as the ‘Summer Wall Street’ did for about eighty years.

By Christopher Setterlund
From CapeCod.com

View on Mobile
DOCUMENTS CONTAINED ANYWHERE ON THIS WEBSITE MAY NOT BE REPRODUCED, DISSEMINATED, COPIED OR PLACED ON ANY OTHER WEBSITE. THIS PRACTICE IS STRICTLY PROHIBITED WITHOUT THE EXPRESS WRITTEN PERMISSION OF THE BELMONT BOARD OF TRUSTEES OR MANAGEMENT.